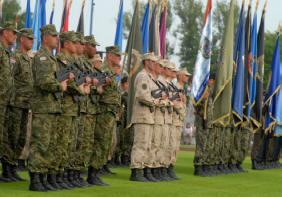 Croatian War Veterans Association (CWVA in the following text) is the first Croatian war veterans association within the Republic of Croatia.

Established in 1990. Registered on the 21st November 1990 as the association “Croatian War Veterans” (CWV) upon President of the Republic of Croatia, Dr. Franj Tuðman’s appeal to all Croatian war veterans committed to democracy and dedicated to the realization of the highest ideals belonging to a free world.

Founded as a patriotic, non-partisan and non-government organization. Membership was voluntary, composed of World War II participants, and also since 1992 those who participated in the Croatian War of Independence, who fought for an independent Croatian state, regardless of partisan, religious and national affiliation.

Since 1993 CWVA has been an equal member of the World Veterans Federation (WVF) which has its headquarters in Paris. The first Croatian member of the WVF Standing Committee was Dr. Ivan Prodan, the President of CWVA.
Presently, this role is filled by Ðuro Deèak, Lieutenant General in retirement. The Association is also a memeber of the Republic Coordination of Organizations Emerged from the Croatian War Independence, International Red Cross in Geneva, as well as the Conference of Officers and Veterans from Cities of all the Adriatic States.

CWVA significance was especially important during the formation of the Republic of Croatia, as that was when the sovereignty of the young democratic Croatian state was voluntarily defended, along with the freedom-loving spirit of the Croatian people, positive historical world-view and fundamental life values in accordance with principles of justice and conflict resolution by peaceful means, in the interest of defence and security of international peace, cooperation and development through the resolution of problems in economic, social and humanitarian fields.

In its commintment to defence, cooperation and protection of such high principles CCWVA retains the same fundamental principles in all of its work. In such content, it is very active within Croatia as well as internationally.

In Croatia, CWVA annually registers and reslizes 5 of its programs through the programs of the Ministry of Veterans, Family and Intergenerational Solidarity, Government Office for Organizations of the Republic of Croatia. These five programs are follows:
– program “international Cooperation”, program “Commemorating Anniversaries of Croatian National Guard, the Police, Croatian Army and Other Important Dates from the Period of the Croatian War of Independence”, program “Publishing”, program “Cultural and Gallerz Activities”, and the program “Sporting and Recreational Meetings”

The significance of CWVA existence and its work during the after war formation of the Republic of Croatia is even bigger now in the light of new threats to world peace. Therefore, CWVA in accordance with its Statute is todaz even more intenselz involved in its endeavour to defend international peace and to build better conditions for a secure life.

As a patriotic, non-partisan and non-government Croatian veterans organiyation, who defended the sovereignty of the zoung democratic Croatian state along with the freedom-loving spirit of the Croatian people, historical and conventional life values, the Association has members who will work towards the realization of the before mentioned programs. Of course, this extends even further within the framework of the existing Association’s Statue.

In accordance with fundamental and primary Statute provisions member will through their work support peace and international cooperation in the world, with respect to human rights and fundamental liberties as stated in the United Nations Charter. CWVA members will act within economical, social and humanitarian areas for a better life for CWVA members as well as the whole Croatian and international community.

Through its concrete and reliable work CWVA will in the future before us in time detect, act upon and efficaciously respond to the challenges of time, demands of its members and citizens on the Croatian and international scene. 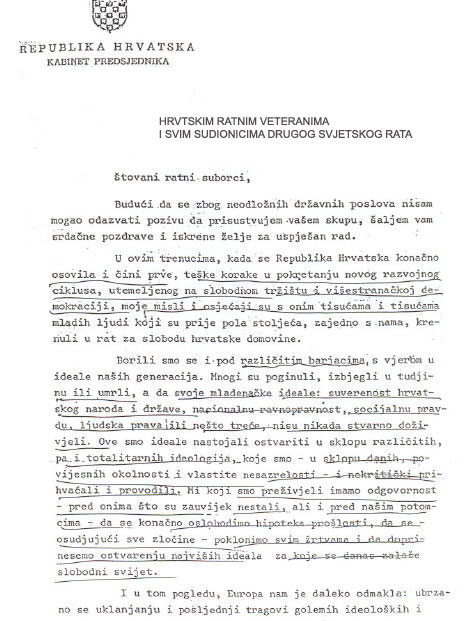 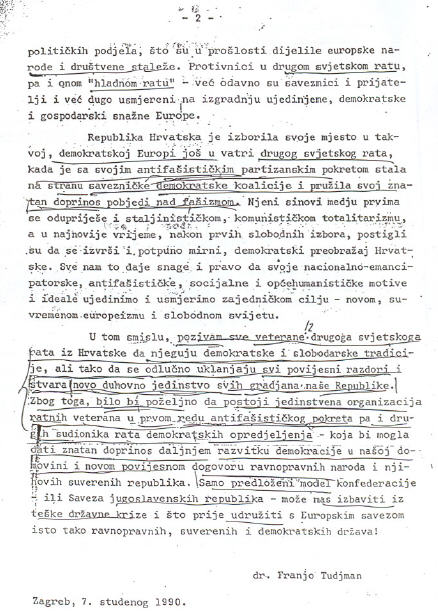 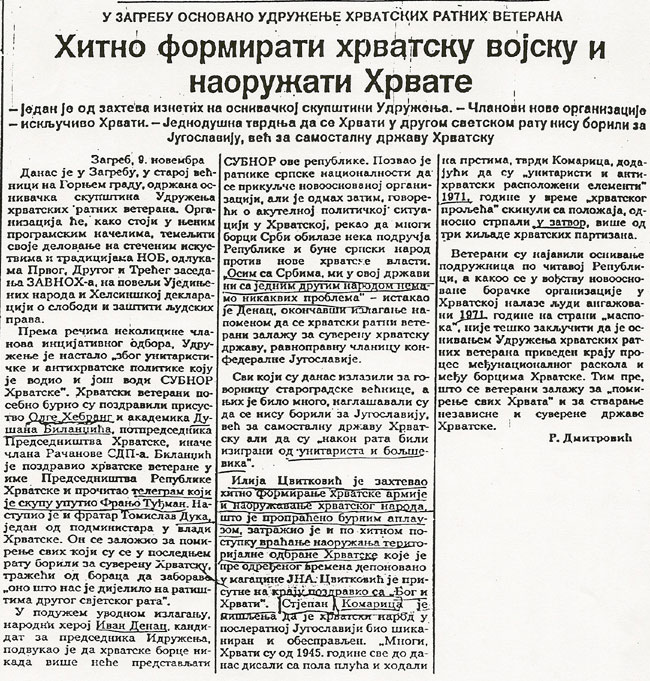